Message in a Ballad

One day while advising one of my thesis students, we got to talking about sharing music out of your iTunes library. Evidently, every time I opened iTunes while I was in my office grading papers, the contents of my musical library became available for students to see and listen to.

It didn't really bother me. I don't mind if students know what kind of music I listen to. I think they could stand to listen to a wider variety of artists besides Death Cab for Cutie or the Bare Naked Ladies.

But what information were the students drawing about me, and what kind of a prof I am, by snooping in on my musical collection? What would they think of collection of rap and hop/hop? Or gulp, my country music? What would my colleagues down the hall from me think?

Psychologists have started to study what assumptions people make of others based on their musical preferences.

A recent study (Voida, et al. 2005) found that information about co-workers' music allowed people to make nuanced impressions of their colleagues' personalities that weren't easily derived from interactions at work. 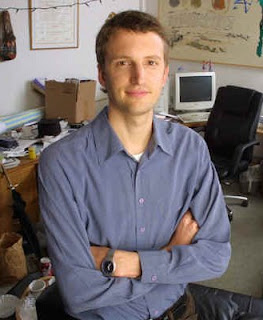 An even newer study by one of my favorite young personality researchers, Sam Gosling, "The Role of Music Preferences in Interpersonal Perception," provides some interesting specifics. People with country music or hip/hop music in their favorites are more emotionally stable (less neurotic) and more extraverted. People perceived them to be this way based solely on knowing what their favorite songs were.

Gosling and his research colleague found that people were able to accurately determine a person's level of agreeableness, emotional stability and openness from seeing his or her top ten favorite songs.

Their research falls into what are called "zero acquaintance perception studies" because they have observers guess a target person's personality without ever interacting with them. In the past, these zero acquaintance studies have had people look at photographs of the target, view a brief silent video clip of the target and even take a peek at what the target's bedroom or office looks like. In all cases, people could actually determine, with surprising accuracy, the personality of the target.

You can take Gosling's music preferences test and get feedback about your personality here.

Very cool. Wonder what people would think of me if they saw my music collection (all CDs, I haven't made the leap to downloading music yet LOL) but it's quite diverse, country, Christian, rock, pop, rap, blues, swing, jazz, you name, I've got it LOL probably says I'm indecisive LOL

Fascinating. I'd love a "quiz" that would tell me about me based on my playlist . . . Perhaps a widget? Someone make it happen!

There is a quiz!

I edited the post to include a link to it. Just click on the link at the end of the story.

this is fascinating! I'll have to forward this to hubby - he is such a music junkie. *off to take the quiz!*

Oh, about 6 months ago one of the reporters on NPR had the same thing happen to him, but in the apartment he and his wife lived in. Another residents icon would come up on his mac, with her name. He finally investigated...found out where she lived and knocked on her door. Well the lady was a bit put out about the intrusion. If you can find it in the files of NPR it's worth listening to.

That quiz was great! Most of it was spot-on for me. I thought I had very diverse music tastes, so it was funny to see things match up so well.

I love this idea. No wonder one of the first questions that get asked when you meet someone and are trying to get to know each other is 'what kind of music do you listen to?' It says a lot about a person.
My music preferences are somewhat not what people might think lol.

How neat. i took the quiz and it had pretty interesting results.

How cool. I have to forward this to all my self-proclaimed music snob friends!

very interesting! i'm off to take the test, but i did want to say, before i did so, that i would have figured country music lovers were more neurotic...hmmmm. i'm curious what my music says about me.

but let's just not go into the whole 'what does your bedroom say about you' thing...aaaah!